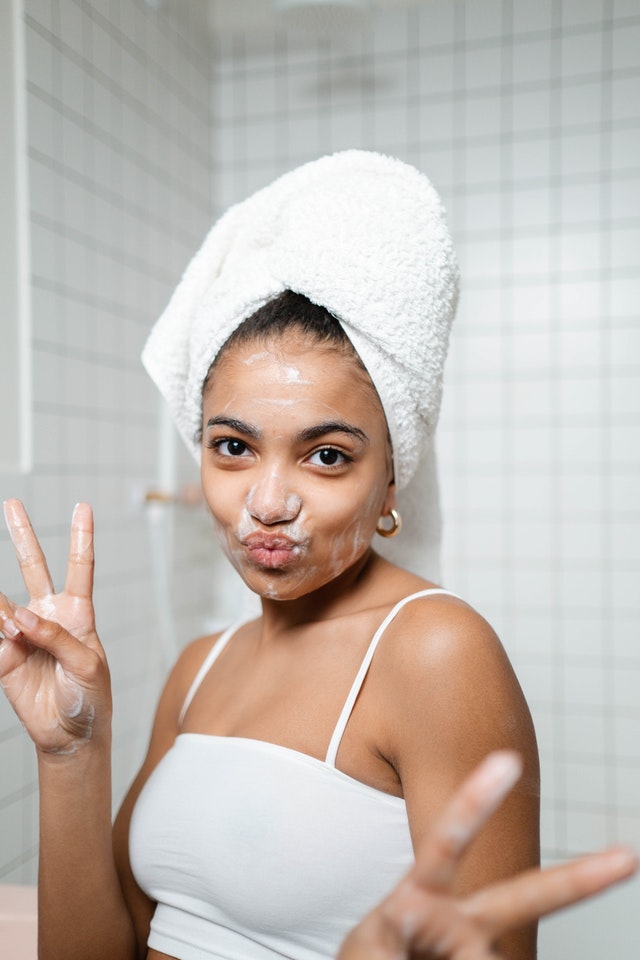 Korean skincare products are becoming more and more popular in the United States. But, what is it? Korean Skincare can be a little confusing if you don’t know much about it. So, this article will discuss some of the basics that everyone should know before they start using Korean skincare.

Korean skincare refers to a subset of beauty products made in Korea and techniques used to cleanse, exfoliates such as scrubs or masks with natural ingredients like green tea powder or charcoal while leaving the face feeling refreshed.

It’s also known as K-beauty or Hallyu (sea waves) Beauty because it began rising to popularity with the Hallyu Wave, which was coined when Korean pop culture became popular around Asia and beyond.

There are three important steps in any successful Korean skincare regimen: cleansing (taking your makeup off), moisturizing (keeping your face soft), and finally, sun protection. We will give you a quick overview of them that will help you better familiarize yourself.

The three-step process is the most critical part of an excellent Korean skincare regimen, and it’s different for each person depending on their skin type, age, and lifestyle (i.e., sun exposure). For example, if your skin is acne-prone, you’ll want to use oil-free products or have added ingredients like tea tree extract, which will help calm inflammation while moisturizing your face with hydrating oils such as shea butter.

The first step in the Korean Skincare regimen is cleansing. The cleansing phase is when you’re able to remove the most toxins from your skin. This usually happens through a face wash, and some people do it with oil or water-based products.

There are two types of cleansers: oil-based and water-based, with most people preferring to use an oil-based one. These moisturize while also removing any makeup that’s left on your skin. A big difference from other skincare is the addition of microbeads which help exfoliate and unclog pores. You can get a deep cleanse with these beads without over-drying your skin because they don’t dry out as quickly as regular soap or body wash would do.

Tip: When using oil-based cleansers, remember that they take longer than regular soap or body washes, so don’t rush this step! A bonus tip is to use less product on cotton pads instead of putting it directly onto your hands because oils tend not to dry out as quickly and leave more residue behind if too much is used.

The cleansing step should be gentle and thorough when removing makeup or dirt from your skin.

The next step is moisturizing. Moisturizing is also essential because it creates balance for all other products you put on your face later in the regimen, such as toners, serums, and sunscreens, which tend to be oily. People usually think of it as “skincare” because it’s the only step that can be seen and felt.

This can be done in two ways: using a cream or emulsion as your first layer before starting over again with either an oil-based cleanser or water-based wash followed by a second layer of cream/emulsions.

Moisturizing with a lotion or cream after washing your face will help it feel hydrated, plump, and refreshed. Many moisturizers are available on the market to choose from, so you should find one that suits your skin type (oily skin needs different products than normal/dry).

Tip: You might want to start using an over-the-counter product, but if you have more severe issues, then going to see a dermatologist for prescriptions may be necessary.

Korean Skincare aims not just at preventing future damage but also helping repair current issues. For example, sun exposure is another major factor that can accelerate skin aging. UV rays from the sun lead to melanin production in your body and cause premature wrinkles, age spots, and even cancer.

When we think of sun protection, we usually think of sunscreen straightway. And yes, it is that important. Sunscreen should be applied every day before going out into the bright sunshine as it will protect against the harmful effects of being outside too long without protection.

The ingredients used in Korean sunscreen differ from those found elsewhere worldwide, which you might have heard about. They contain higher levels of filters than their US counterparts but also have an added ingredient called Octinoxate, which protects against oil-based pollution’s negative effect on our skin.

For anyone concerned with fine lines and wrinkles, the key to their beauty regimen is a daily hydrating mask. The typical beauty blogs have their routine of cleansing, toning, and moisturizing. However, there is now more awareness of how much damage UV causes to the skin, so sunscreens are popular in Korea. Although you can find sunscreens in local drugstores, it’s best to go for something with better organic ingredients. These will protect your skin from the sun’s damaging UV rays, as well as moisturize and protect.

Korean skincare also includes many layers of serums for hydration that can consist of ingredients like hyaluronic acid, squalene, peptides, vitamin C and beta hydroxy acids the formula. Finally, they’ll apply powerful antioxidants to counteract all those free radicals we talked about earlier. These steps are much more involved than what Westerners traditionally follow, but their routines effectively achieve desired results faster and prevent premature aging.

The most important thing to do when it comes to Korean Skincare is to remember that there are many steps involved, and you should never rush through them because this will lead to dry skin, which isn’t healthy for anyone! Instead, the best way to get started on Korean skincare right away is to take the time every day to take care of yourself from head to toe!

The beauty industry is one of the most important industries in the world. The cosmetics industry is a $62 billion global business and that makes ... Read More